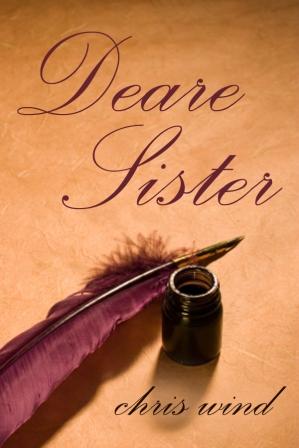 A collection of letters that might have been written by Lady Godiva, Plato’s (female) students (to each other), one of Milton’s daughters (to another), Rubens’ model (to a model wannabe), Mozart’s mother (to her daughter Nannerl, not to Wolfgang), Freud’s wife (to his mistress), and others – assuming a feminist consciousness

A fictional approach to women’s history

Available in various e-formats (Kindle, Kobo, NookBook, iBook), but if you’d like an epub or pdf, you can download it right here, for free. (And here’s why).

Available in print only as part of Satellites Out of Orbit.

(And if anyone feels inclined to write a review or some sort of reader response that I can post here, do send it to me!)  (And thanks!)

“You are clearly a writer of considerable talent, and your special ability to give expression to so many different characters, each in a uniquely appropriate style, makes your work fascinating and attractive … . The pieces are often funny, sometimes sensitive, always creative. But they contain an enormous load of anger, and that is where I have problems … . I know at least one feminist who would read your manuscript with delight (unfortunately she is not a publisher), who would roar with laughter in her sharing of your anger … ” rejection letter from a small Canadian press

“An interesting book. Not quite what I was expecting.”  Sara Thompson, Smashwords

My dearest Nannerl, of course you have a right to be upset about the portrait. After all, you performed right alongside your brother; in fact, your father had the bills printed to read “Two World Wonders.” Two, not one. You were with Wolfgang on the 1762 tour through Passau and Linz to Munich and Vienna; I remember Count Zinzendort called you (not Wolfgang) “a little master”. And you went again through Germany, in 1763, this time to Augsburg and Ludwigsburg as well as Munich, on to Paris, and then to London where the two of you performed that sonata for the Queen of England. And in 1765 you performed in Holland. No, do not doubt yourself, Nannerl: you were quite correct in calling Carmontelle’s portrait inaccurate because it shows Wolfgang at the keyboard, your father at the violin, and you merely holding the music for them. And he said you insulted him! I do know how you feel about the matter and I am completely on your side. Nevertheless, I must ask you to apologize.

And I know that your father’s recent decision to leave you at home and take only Wolfgang on this next tour doesn’t make it any easier. Though I admit to being glad not to be left at home by myself for once, I know it is terribly unfair. And I am writing this letter not to excuse or justify your father, but to explain. Nannerl, you are not to take his decision personally. It is not, as you first thought, that you are not good enough. Recall the Elector of Munich insisted on hearing you play the clavier, not Wolfgang; and there are many who share his high regard for your abilities. Nannerl, you are an excellent musician, a great performer. Nor is it that you have fallen out of favour with your father; he loves you as much as he ever did. (Which is, unfortunately, not as much as he loves Wolfgang. He is a man of his times. Didn’t you ever wonder why he started Wolfgang on lessons at a younger age than he started you? Surely you noticed he spent more time with Wolfgang? And it wasn’t until Wolfgang was ready to appear in public that he let you perform. You were young then, and perhaps did not notice… All the better. But I know Wolfgang had a headstart right from birth and–but enough, I am getting ahead of myself.) Nor is the reason for your father’s decision, as you also suggested, that he considers you too frail to withstand life on the road. Wolfgang too came down with typhus in Holland.

Then why, you must be crying out! Let me try to explain. There is a time in every girl’s life when, suddenly, people stop treating her as a person–and start treating her, instead, as a mere woman. All of the doors that until that time were open are suddenly shut. All except one. It happens to every one of us, some time between twelve and twenty. It is happening now to you. (And later, when that door has been passed through, it too will close, and there will be nothing left: nothing left open to go back to, and nothing open yet to go forward to. As soon as I gave birth to a boy, your father’s attention rapidly shifted: I was of no more importance and Wolfgang was everything–but again I digress.)

This time of life is particularly difficult for someone like you, someone for whom the open doors promised such glory and richness. Why, when still a youth you were performing in all the great centers of Europe, you received excellent reviews and return engagements, you were meeting with all the important musicians of the day, you had a knowledge and experience of the outside world forbidden to others of your sex and age. And you were beautiful too, I know enough of the world to know this is an asset. Oh Nannerl, you had it all! Not even your brother had your beauty! But he had something more important: the right sex.

It’s a betrayal, I know it. It dashes to the ground all of the things you thought mattered: ability, dedication, desire. I had a talent for singing. I found it hard too, when I realized that I was not destined to become a famous singer. But, alas, I loved your father and wanted a family, so I accepted that loss for another gain. But you, Nannerl, I suspect it will be a long time before you marry, if at all, and perhaps you will not have any children. So it must be particularly frustrating and painful to have the only door you ever wanted open, suddenly closed.

I know this is little consolation, and indeed in a less generous heart, it would be salt to the wound, but remember, without you, Wolfgang would not be where he is today. You helped him become what he is. Much as your father likes to take all the credit for Wolfgang, it is simply not true. He had a family to support, a job to do, and while he was away playing in the consort, and directing the choir, it was you Wolfgang learned from. Remember in Lon¬don, when Wolfgang was introduced to Johann Christoph Bach and the two of them, taking turns, with Wolfgang seated between Bach’s legs, the two of them played a sonata together and afterwards improvised. What a delight that was to everyone! Of course I knew it was with you he learned how to do that. I remember you, as a mere girl of ten, taking your little brother, then six, and ‘babysitting’ him just like that. And there was so much more. All the musical games you made up, and the time you spent helping his little hand form the notes on the staff when he could not yet write the letters of the alphabet. When I saw how much more valuable it was to have you spend time with your music and with your brother, well, I did not force upon you all the domestic duties it is common for daughters to bear. Besides, how many women get to do the washing and cooking to the music of such artistic genius!

And all of that makes this last bit even harder to tell you. You suggested that I ask Carmontelle to re-do the portrait. That is an excellent idea, but it cannot be done. You see, the one you saw was already a second version, done at my insistence. Nannerl, in the first one, you were not there at all. The man had excluded you completely, left you out altogether. (And the portrait you see now is his idea of atonement.)

The biographical aspects implied or referred to in “The Portrait” are factual (Leopold teaching Wolfgang at an earlier age than Nannerl; Nannerl playing with Wolfgang at the piano, teaching him; Nannerl allowed to perform in public only when Wolfgang was ready to do so; the typhus in Holland; the episode with J.C.Bach and Wolfgang; Leopold’s decision to leave Nannerl at home when he went to Italy with Wolfgang). So are the tours mentioned, the advertisements, and the reviews. And, of course, factual too are the portraits by Carmontelle: the alleged original and the revision.

The fiction is Nannerl’s response and, of course, her mother’s letter to her about it.